Nature Catalysis: Into the double layer

The image designed by Sphere Studio is selected as the Cover of Nature Catalysis in Octobor.

Unveiling the critical role of the interfacial electric double layer in electrocatalytic kinetics is of high interest, yet it remains challenging. Herein, by combining ab initio molecular dynamics simulations, in situ surface-enhanced infrared absorption spectroscopy and computational spectroscopy, Shengli Chen and colleagues demonstrate that significant differences in connectivity within the hydrogen-bond networks in the electric double layer are the cause of the pH effect on the kinetics of hydrogen electrocatalysis.

The origin of the large kinetic pH effect in hydrogen electrocatalysis, that is, the approximately two orders of magnitude decrease in reaction kinetics when moving from acid to alkaline, remains far from having a consensus. Here we show that it is the significantly different connectivity of hydrogen-bond networks in electric double layers that causes the large kinetic pH effect. This result has been obtained by meticulously comparing the electric double layers of acid and alkaline interfaces from ab initio molecular dynamics simulations, and the computed vibrational density of states of water molecules in the interfaces simulated with ab initio molecular dynamics, with the results of in situ surface-enhanced infrared absorption spectroscopy. Using a Pt–Ru alloy as a model catalyst, we further reveal an unanticipated role of OH adsorption in improving the kinetics of alkaline hydrogen electrocatalysis, namely, by increasing the connectivity of hydrogen-bond networks in electric double layers rather than by merely affecting the energetics of surface reaction steps. These findings highlight the key roles of electric double layer structures in electrocatalysis. 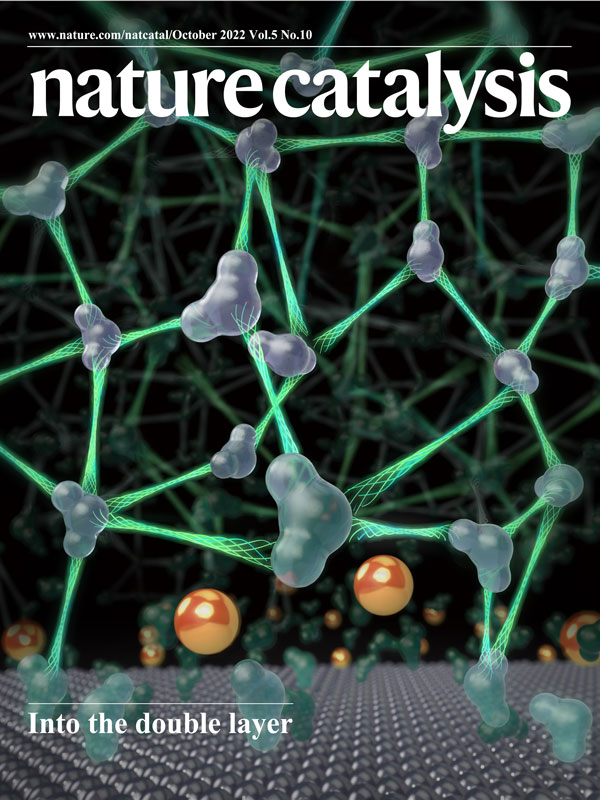 NEXT: Joule: PSCs exhibit dramatic potential in the application of distributed photovoltaics